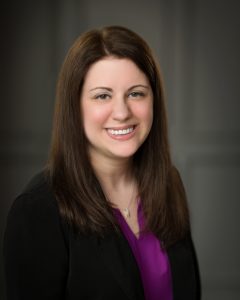 Dr. Amanda Klingensmith is a clinical psychologist who works with children, adolescents, adults and families.

Dr. Amanda has specialized training in treating a variety of anxiety disorders, mood disorders, and behavioral issues in children and teens. She utilizes many empirically based interventions, including cognitive behavioral therapy, dialectical behavioral therapy, acceptance and commitment therapy, behavioral parent training and motivational interviewing. Amanda also has experience conducting comprehensive psychological assessments which focus on providing accurate diagnoses and helpful recommendations for children with ADHD, dyslexia, learning disabilities, and a variety of other presenting difficulties. 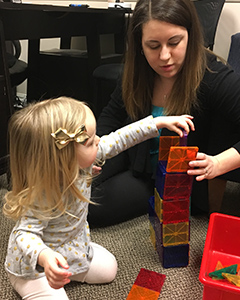 Dr. Amanda currently serves as the Professional Development Director of McCaskill Family Services and is responsible for providing and organizing training opportunities for our clinical staff.

WISC-V: Evidence-Based Use in the Assessment of Learning and Cognitive Challenge
June 2015
Ethan Schafer, Ph.D. and Kelly Christian, Ph.D.
The Assessment Center at Lawrence School

Wondering if therapy is right for you?
TAKE THE
FIRST STEP!

Therapy helps people of all ages work through issues, learn how to live with learning disabilities, and build better relationships.

If you are struggling with any of these, give us a call or send us a message. We'll be happy to talk about your options.